A few days ago COP26 in Glasgow ended, where the final declaration of the nearly 200 countries included, for the first time, a reference to the role of fossil fuels in the climate crisis, even after a last-minute objection from India watered down the language around reducing coal use.

Also, the first assessment report of the Intergovernmental Panel on Climate Change (IPCC), adopted by 195 countries and released in August, says global warming is worse and faster than feared, estimating that by around 2030, ten years earlier than estimated in 2018, the +1.5°C threshold could be reached, with “unprecedented” disaster risks for humanity, already buffeted by very hot periods and floods.

The planet has already reached +1.1°C and is beginning to see the consequences: fires raging in the western United States, Greece and Turkey, floods inundating Germany and China, and thermometers reaching 50°C in Canada.

Scientists have found that even if global warming is limited to 1.5°C, the dangers increase considerably. Nearly a billion people worldwide could suffer more frequent, life-threatening heat waves. Hundreds of millions more would have to struggle for water due to severe droughts.

The shortage of fresh water is a consequence of the severe climate crisis that the world is currently experiencing, which is why it is imperative to take charge of this global crisis that affects all of humanity.

Pares&Alvarez is aware of this problem, which is why the company has taken on the challenge of being part of the solutions and proposals to face what is a catastrophic scenario in Chile: water scarcity.

In Chile the path of decarbonisation has already begun, as well as the development of renewable energy projects, but we are also seeing the effects of more than 10 years of drought. Therefore, it is even more necessary that the authorities, local and global, promote clear and forceful policies that promote the necessary transformations to stop the generation of greenhouse gases in the shortest possible time and solutions that ensure access to water for the population and thus give the Earth a new opportunity. 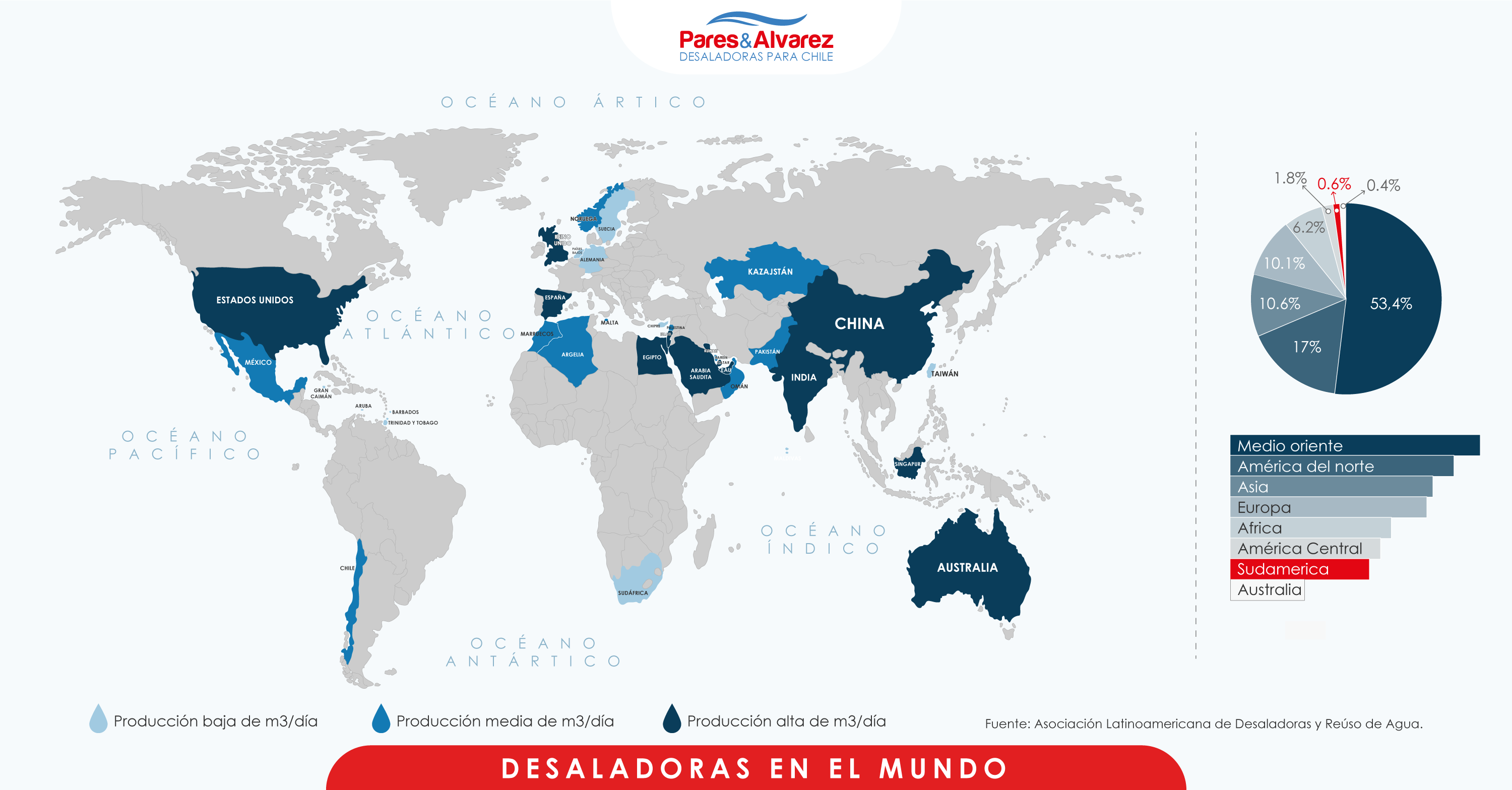