DEVELOPMENTS IN CO2 EMISSIONS REDUCTION IN THE AUSTRALIAN INFRASTRUCTURE SECTOR

The annual Infrastructure Sustainability Council (ISC) symposium held recently in Perth, focused this year in the technological developments to reduce CO2 emissions in the infrastructure sector.

One of the highlights of the event, attended by Mauricio Saldias, country manager of Pares&Alvarez Australia, was the introduction of the Australasian Pozzolan Association, led by Covalent Lithium (50% owned by Chile’s SQM) and Tianqi Lithium. This association promotes the use of natural and manufactured pozzolans, such as those produced as a by-product of spodumene lithium processing. “Pozzolans can be used as supplementary cementitious materials (SMCs) in concrete, mortar and related applications, thus reducing the CO2 footprint of Portland cement,” Saldias explained.

During the symposium, which was hosted by GHD at its corporate building in Perth, Fortescue Future Industries, the renewable energy arm of Australian iron ore producer Fortescue Metals Group, explained that one of the challenges in Western Australia today is the legal barriers to the combined use of land as wind or solar farms, and pastoral use at the same time.

Representatives of the Charge ON Program, sponsored by BHP, Rio Tinto and Vale, spoke about their focus on the tools already available for decarbonization in the mining sector, such as electric mining trucks.

Key for recent Australian rail and road projects has been the use of the Infrastructure Sustainability Rating (IS) as a tool to optimize project outcomes, and the use of novel materials such as polycrete, biochar, recycled crushed concrete and developments in the use of timber for major infrastructure were highlighted. 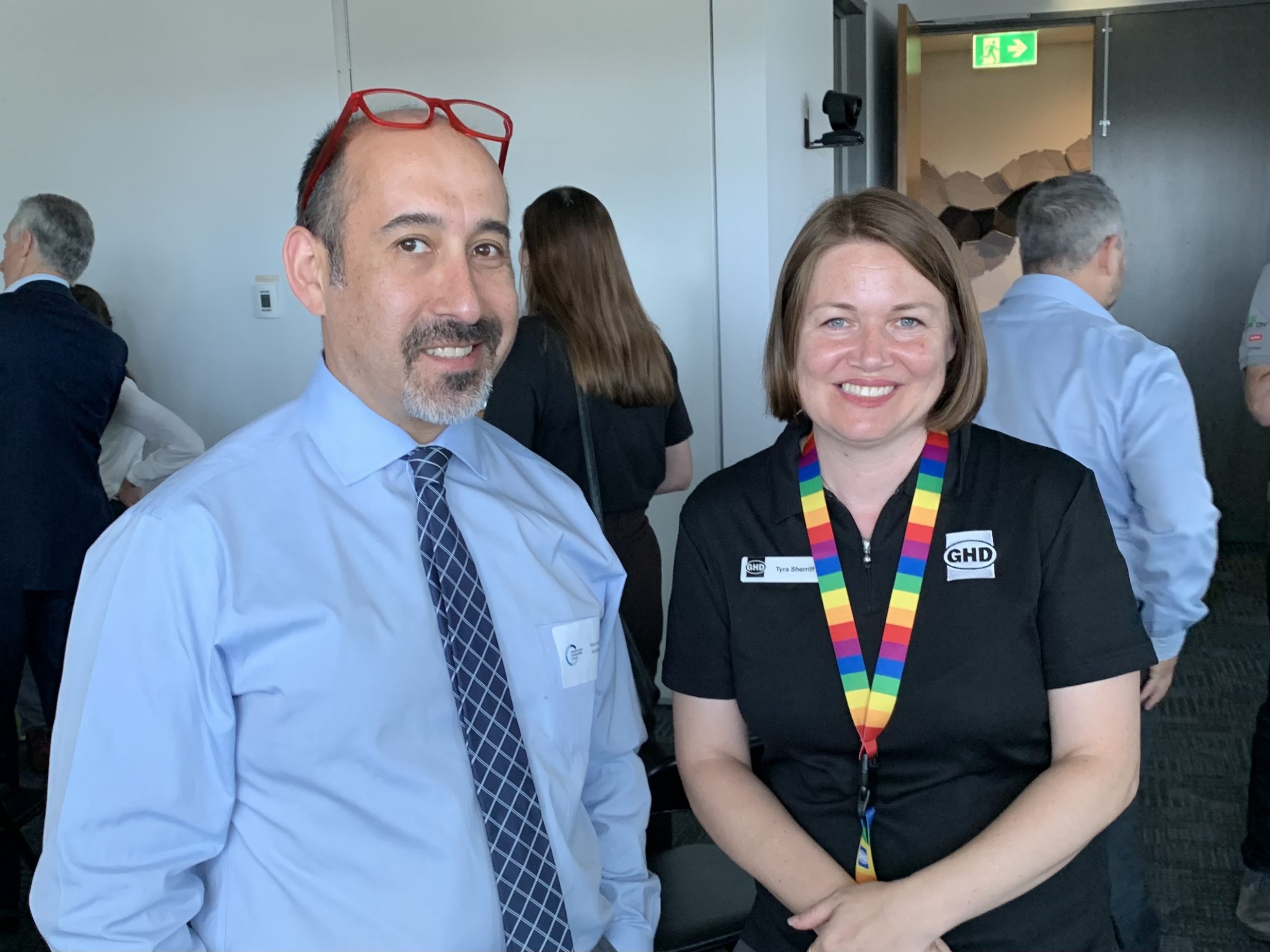