Detailed engineering and technical procurement management to develop a SWRO desalination plant. The design also included a tunnel under national motorway Route 5 north (Pan-American North) to connect the catchment and the plant, and an architectural and landscaping design in 3D, which maintained the concordance with the environment that surrounds it.

On January 14, 2015, the company INIMA-CVV S.A. was awarded the contract EPC Sea Water desalination plant and water intake civil works, for the detailed engineering, supply of equipment and materials, construction and commissioning of a seawater desalination plant, tendered by Codelco, in the sector of km 14 of Route 1 from Tocopilla.

The objective of the state-owned company was to supply RT-Codelco’s industrial water reservoir, in order to provide water for its current operations and for its sixth structural project: RT Sulfuros.

The project developed by Pares&Alvarez considered the design of a desalination plant from the capture of seawater to the product water, ready for startup. The necessary detailed engineering was developed for the final design and detailed planning of the acquisitions, construction and commissioning of the desalination plant and its maritime works of seawater collection and brine discharge. The maritime works were designed to support at least a future production of desalinated water of 163,350 m3/day equivalent to 1,890 l/s. In turn, the plant would have the particularity of producing water in steps reaching up to 840 l/s. reaching a production of 2,177,280 m3/month.

The development of the engineering and procurement process project, up to the technical approval stage, was implemented in 14 months and considered an investment of US$150 million. 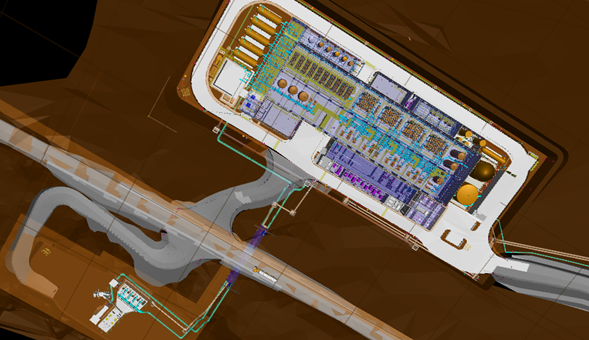 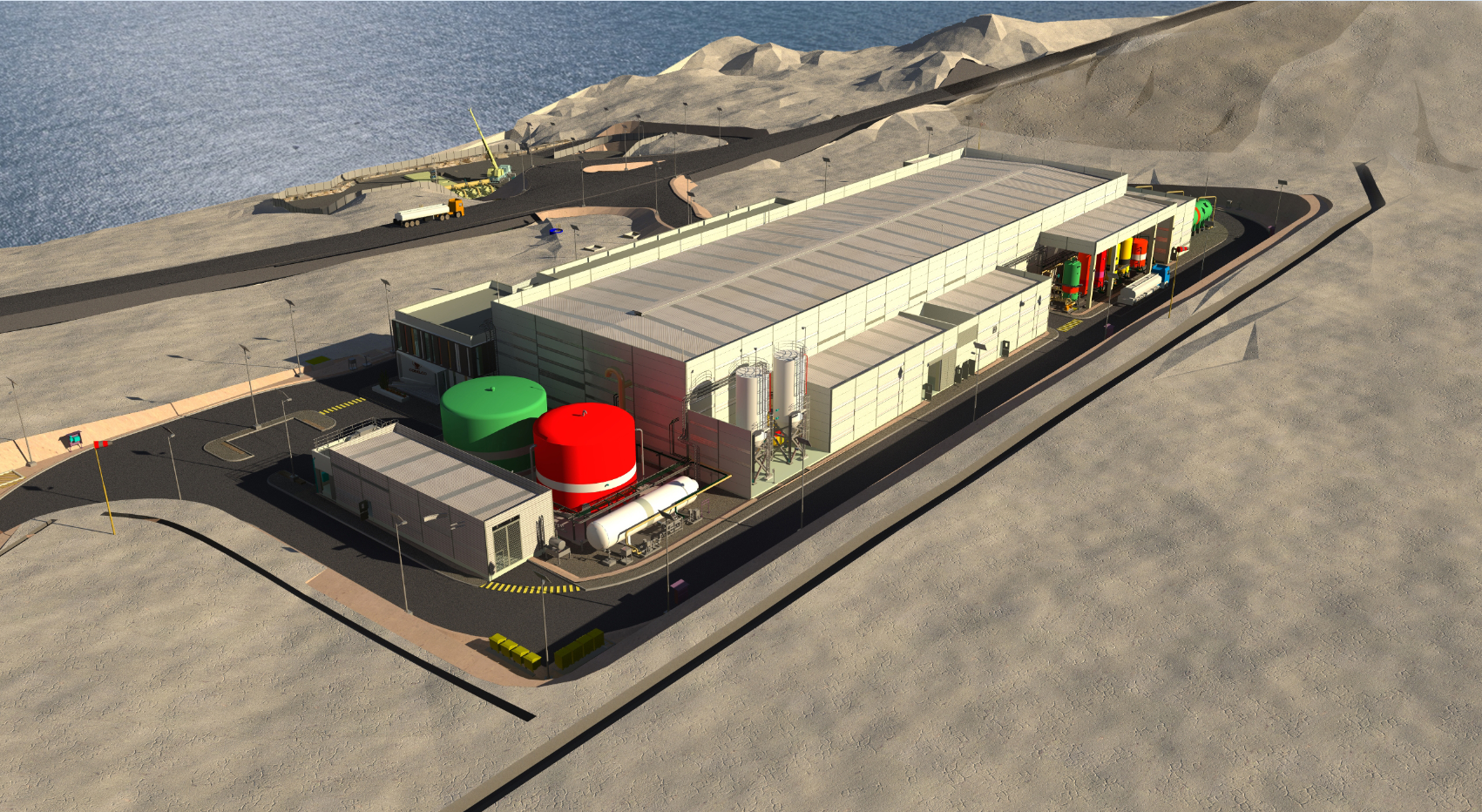 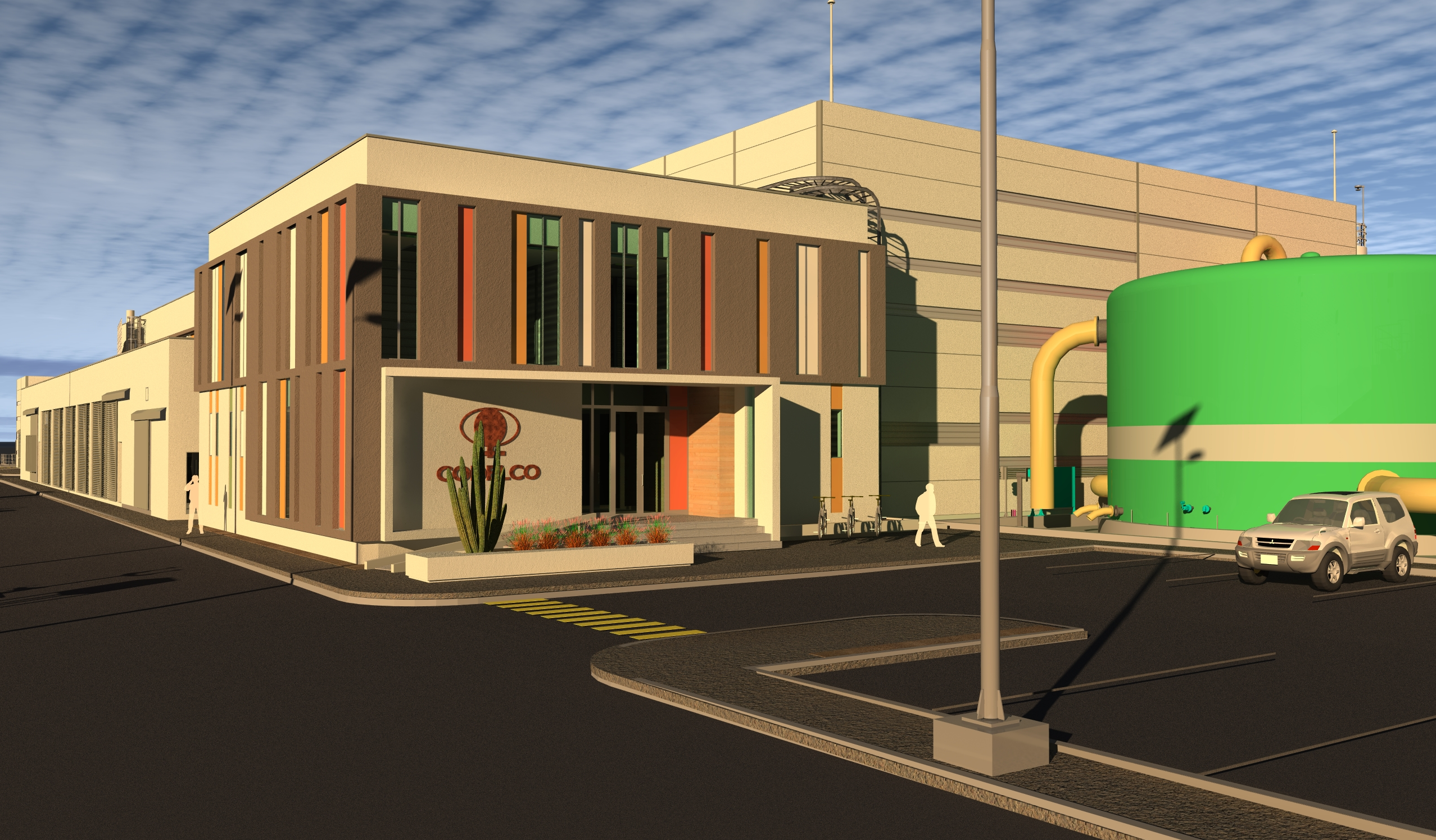 • Desalinated water will be driven to the Division Radomiro Tomic (DRT) by a pumping system of approximately 160 km in length, which will have 5 pumping stations and a terminal station distributed sequentially along the route of the buried pipe. Its operation, from the water storage tanks, pumping stations to the arrival at the industrial water reservoir in Sector RT, will be completely automated and controlled from the local control room located in the Desalination Plant.

Finally, after developing the engineering project and handover to the GSInima-CVV Consortium, Codelco decided to postpone the construction of the plant.